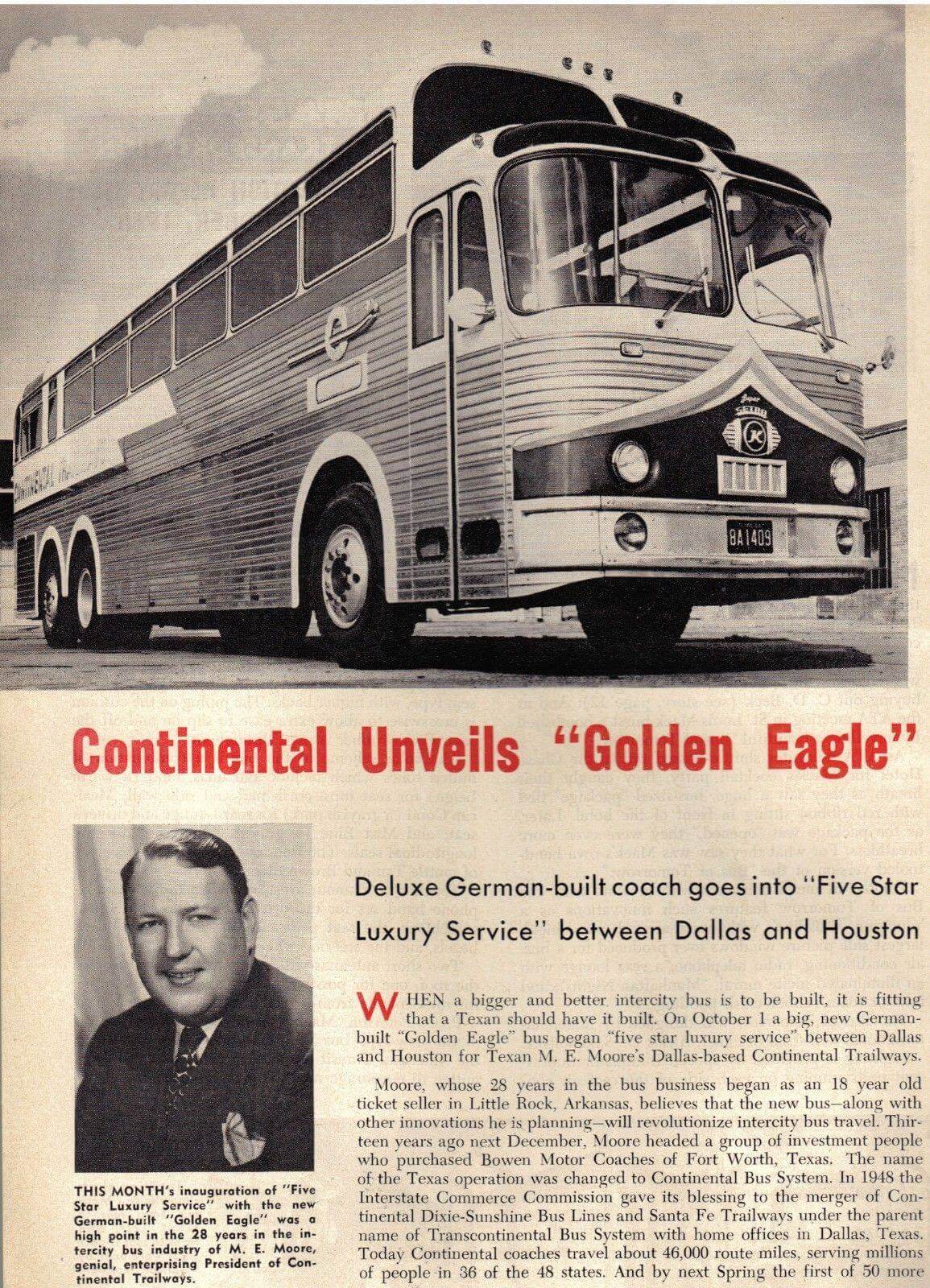 As with the 1956 Golden Eagle prototype, Continental wanted to build up some time and mileage on these new coaches before deciding on what changes to make in the next batch. Continental wanted a new front end design and a standard American powertrain and presented these ideas to Kässbohrer, who agreed to them. Design work started and production was scheduled for the middle of 1960.